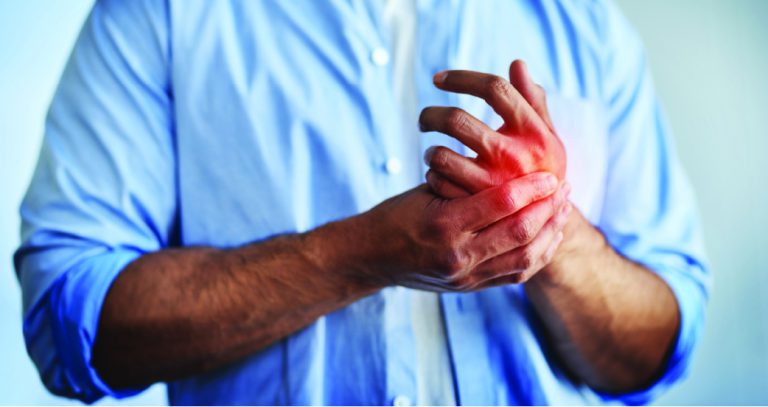 What is Dupuytren’s Disease? 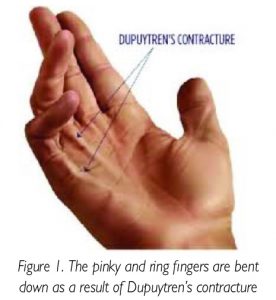 Dupuytren’s (pronounced DOO-Pa-Trins) is a hand deformity caused by an overgrowth of the grizzle layer just underneath the skin, called the fascia (see Figure 1). It is a genetic condition that often runs in families and is more prevalent in people of certain backgrounds, including Norwegians and those from Northern Europe.

What are the symptoms of Dupuytren’s?

The symptoms of Dupuytren’s can vary. They may include small painless bumps on the hand. These bumps, called nodules, can then sometimes join together to form cords. Over time the finger(s) may develop a fixed contracture with an inability to get the finger straight. The small, ring, and middle fingers are most commonly affected, with the index finger and thumb usually not involved. In addition to the palm side of the hand, you may notice bumps on the tops of the fingers. Dupuytren’s nodules can also appear on the feet and the penis in males. Sometimes Dupuytren’s progresses quickly, while other times it stabilizes and does not worsen once symptoms appear. It is important to know the difference between a trigger finger and a finger contracture caused by Dupuytren’s. With a trigger finger, you can almost always take the finger and straighten it out, and it’s usually sore or painful when you do this. With a Dupuytren’s contracture, the finger cannot be straightened out and remains bent down.

What are the treatment options?

Sometimes, the best treatment may be observation. If you have a mild to moderate contracture of the finger, it may be wise to continue to monitor the contracture over time and not rush to surgery. Many times, patients will want something done about the contracture once it starts to interfere with their daily quality of life. Patients may have difficulty putting their hand flat on a table, or the finger may get in the way when they go to shake hands or put their hand in a pocket. Most hand surgeons, including myself, offer one of several treatment options. The first treatment option is called a needle aponeurotomy. It involves a procedure performed in the office, under local anesthetic, where a small needle is used as a knife to divide the cords, and then your doctor can apply gentle pressure and rupture the cords to get the finger straighter. In my experience, this procedure has the shortest recovery time but may be less successful for severe contractures. A second treatment option is relatively newer. It is an injection called Xiaflex®. This injection is a bacterial enzyme and is given in the office. The patient returns to the office 1–5 days later to have the finger numbed and straightened. The enzyme dissolves the cord and has shown good success rates. The Xiaflex® is expensive but most insurances have good coverage for this medication. Common side effects after the injection include bruising, swelling, and small skin tears that heal with time. The final treatment option takes place in the operating room and involves making an incision and cutting out or removing the cords from the hand to get the finger straight. It typically is successful but has the longest recovery time. Patients should be aware that one of the biggest issues with Dupuytren’s is recurrence. No matter how straight your surgeon is able to get your finger, the disease can always come back, sometimes with more scarring and a more severe contracture.

Dupuytren’s is a genetic condition, and the timing and degree of finger contractures cannot be predicted. While it can lead to functional problems, treatment options exist and can usually improve the contractures to some degree with relatively low risk. Recurrence can be an issue, and some patients may require a secondary procedure down the road. 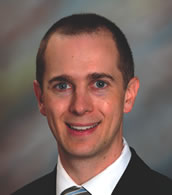 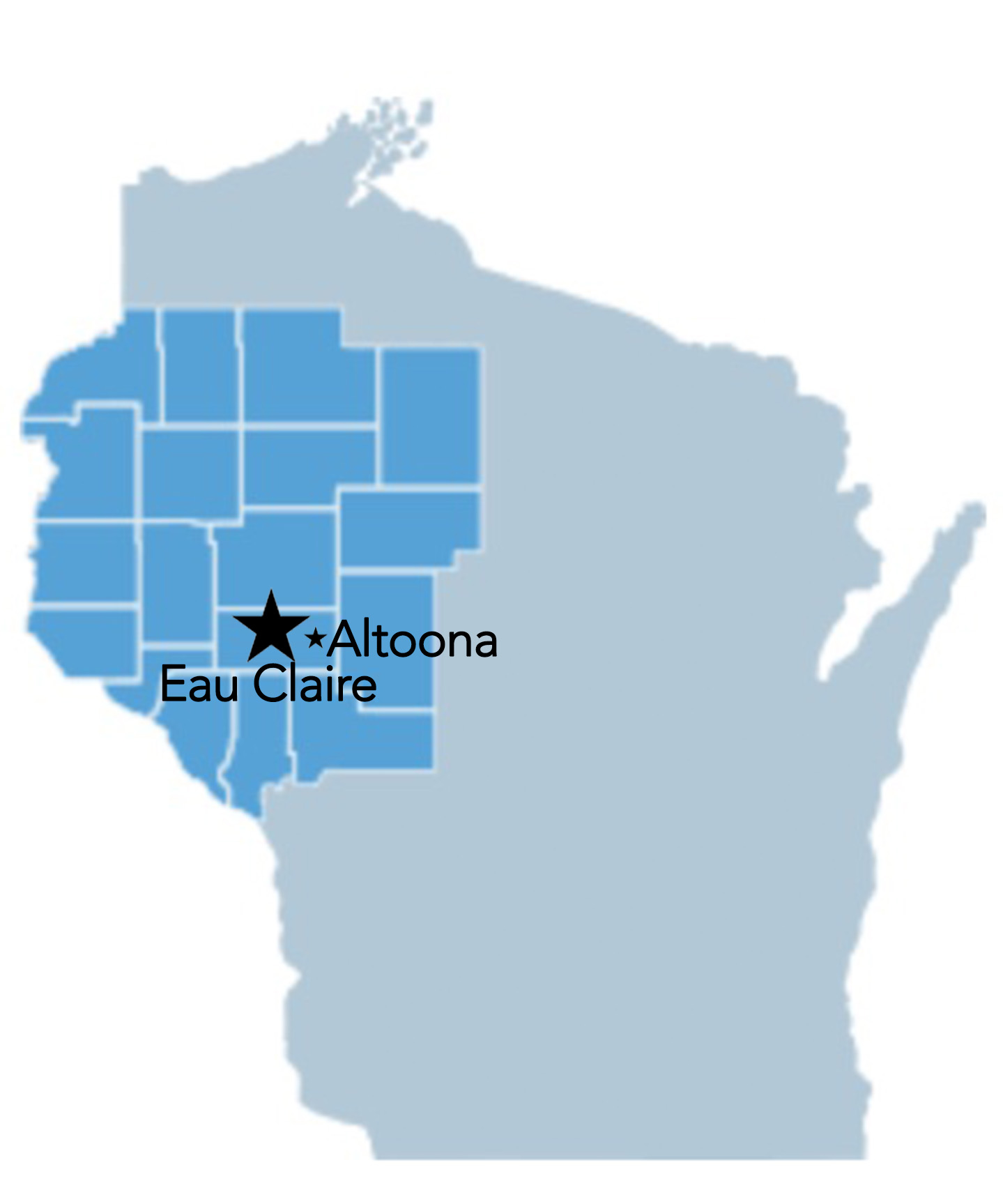 The OakLeaf Medical Network was founded on the premise of making quality accessible health care available to patients in their community, not miles away.