Dr. Robert DeFatta began his schooling at Louisiana State University Health Sciences Center in Shreveport, LA with his bachelor degree in Biochemistry in 1995. He continued his studies there with his Doctor of Philosophy in the Department of Biochemistry and Molecular Biology (2000) while simultaneously attaining his Doctor of Medicine in 2002.

He spent the next six years in various medical training positions. Dr. DeFatta began at the University of Texas Southwestern Medical Center in Dallas, TX with an Internship in General Surgery in 2003, a Residency in Otolaryngology-Head and Neck Surgery from 2003 to 2006, and then spent a year as Chief Resident in Otolaryngology-Head and Neck Surgery. From there, he completed a Fellowship in Facial Plastics and Reconstructive Surgery at Williams Plastic Surgery Specialists in Latham, NY in 2008. 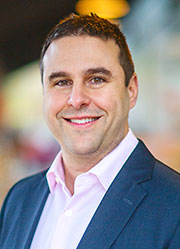